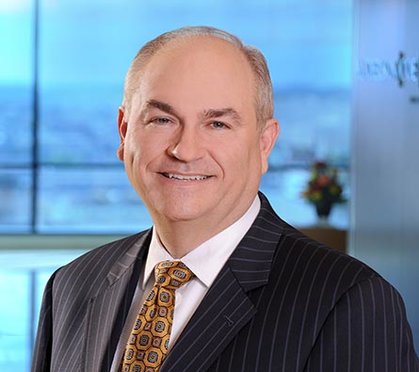 Jim received his law degree from the University of Maryland School of Law, where he served on the editorial board of the Maryland Law Forum and received the William P. Cunningham Award for Exceptional Achievement and Service. Before joining Anderson, Coe & King, he served as a law clerk for the Honorable Elsbeth Levy Bothe of the Circuit Court for Baltimore City.

Jim is a member of the bar of the State of Maryland and the District of Columbia and is admitted to practice in the United States District Court for the District of Maryland and the United States Court of Appeals for the Fourth Circuit. He holds the “AV” peer review rating by Martindale-Hubbell and is a member of the prestigious Million Dollar Advocates Forum.